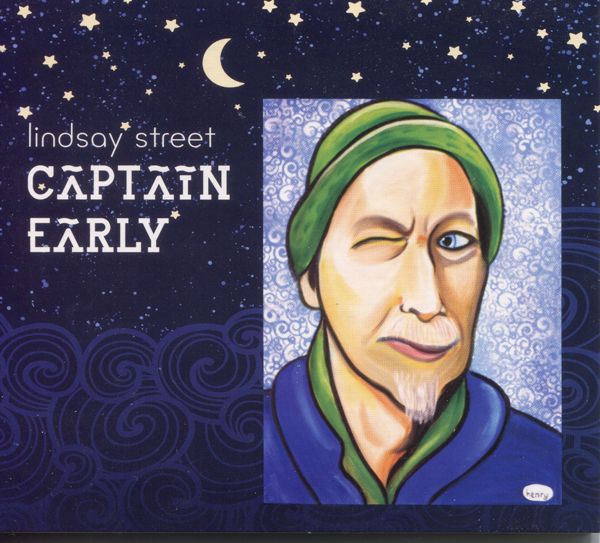 CAPTAIN EARLY – Lindsay Street, 2018, CDBaby
Lindsay Street, a band from Bellingham, Washington (Robin Elwood, Elizabeth Elton, Patty Chambers, and Jean Rogers) “draws inspiration from past and emerging music traditions that wash up on the shores of Bellingham Bay by way of Ireland, England, Scandinavia and Quebec, with an occasional original tune thrown in the mix.” Described as “pan-Celtic, quirk and beauty,” the band creates unique arrangements that feature accordion, guitar, violin, mandolin, bodhran, banjo, whistles, and other assorted instruments and vocal harmonies. Their third CD, Captain Early, honors their long-time percussionist Bryan Early, who succumbed to a rare cancer in 2014.

The CD begins with the rhythmic Quebecois Reel de Gaucher  (left hander’s reel) in a persistent beat, followed by the traditional song Do You Love an Apple, sung in full harmony, with delightful instrumental interludes; and then a French song, Beau Rossignol Sauvage, about a young couple who enlist the aid of a nightingale and a ferryman to elope from their family and friends. Dowd’s Favorite, an Irish reel, is played with guitar, violin and accordion in a slow calming pace. It is followed by the song  Handsome Molly in nice harmony, interspersed with the Irish reel Mountain Road.

The title track, Captain Early, is a song with lyrics by Robin Elwood, describing some of the band’s experiences with Brian Early, based on the tune of an English Overton Pace-Egging song. It  is followed by a haunting version of the Irish reel Sergeant Early’s Dream played as a slow air. There are a couple of songs – The Horse Thief and A week before Easter – interspersed with some old-time tunes, and two beautiful new tunes by Jean Rogers – Breakthrough, and Skating Pond. The CD closes with another song, For The Love of Bob, also by Jean Rogers, with the whole band joining in.

All in all, this is a very listenable, lovely set of tunes and songs, nicely done by Lindsay Street, highly recommended.
Stewart Hendrickson