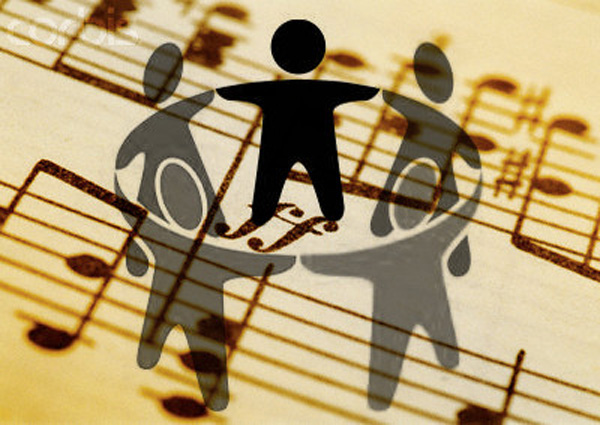 It was just about seven years ago that Judy and I started to participate in a musical event that has changed our lives forever. This was not just a performance, but was a series of events that lasted for over four years! The events started when our good friend, who also happened to our personal physician, was diagnosed with A.L.S., which is also known as Lou Gehrig’s disease. At this time, there is no known cure.

One day early in his battle, our friend Paul, not his real name, called me and said he missed music and asked to bring my guitar down to his home. With that call, I started going to his home occasionally, bringing my guitar and bad jokes. He also loved folk music. He played a Martin guitar, but really loved the five string banjo and could outplay Earl Scruggs. Soon, as his A.L.S. fight progressed, he was forced to retire from his medical practice. He was getting medical treatments, of course, but between appointments his time weighed heavy on him. I started coming to his home weekly, but I quickly realized that it would be good to include some more musician friends. I mean REALLY, my music repertoire and bad jokes could only go so far!

Within a year of his diagnosis and death sentence, Thursdays became everyone’s day of choice for our gatherings at his home.  By then, there was a core group of three of us. We were all long time friends who had regularly performed on many stages for many years. But we soon realized that these “performances” were of a different nature than we’d ever experienced before. It soon became very clear to everyone that he looked forward with great anticipation to what we now called Thursdays … “Paul Day”!

As the months went by, our stalwart band of three increased considerably. We started inviting other musicians to join us. We all were pleased when it became clear that every musician we invited accepted instantly. And these wonderful people always volunteered their time for free. Some musicians came from great distances, without complaint and always walked in with smiles and hugs. The potluck lunches were always a hit. We did not have one refusal. At last count, I can name 38 different musicians who participated. Sometimes the invited guests might be a bluegrass band, or a duo, or soloists. One duo that came to perform was on a national tour. Even though they were headliners at a major Bluegrass Festival, they jumped at the opportunity. Strange instruments would arrive: a hammered dulcimer, a stand up bass, musical saw, bowed psaltery, many fiddles and guitars and harmonics. We even saw spoons, homemade instruments, kazoos, combs … even a clarinet.

Over the four and a half years of these weekly gatherings, we all grew, not just as musicians jamming together but also as humans. There was no denying what we were witnessing. Truth be told, it wasn’t always easy to get ourselves ready for our Paul days. We knew every Thursday morning that soon we might soon see a more diminished friend, but we also knew that we were giving him something that only we could give. And we all understood within ourselves that we were giving him something far beyond the music and bad jokes. Those Paul days of music, raucous humor, and much laughter was having a beneficial effect on Paul. He told us, time after time, just how much he looked forward to “his day”. One time he privately told me that “lived for Thursdays.”

Each week we could see the progress of the disease and Paul’s decline. Within just a few months of the initial diagnosis he needed a constant caregiver to assist him. His devoted wife was a full time nurse and his daughter was a student, so Thursday’s became the day for Paul’s music and our mutual celebrations of Paul and of each other. The joyous music, sing-a-longs, the trying out of new songs, and especially the outrageous humor from everyone was spectacular. No one was spared. Between the occasional tears and quiet retreats to other rooms, Paul just beamed. Soon it was common to have unexpected guests. These were often medical professionals who had worked with Paul: His physician partner, many nurses and technicians from his clinic. Several neighbors were regulars. I was approached by some media folks about the possibilities for some publicity exposure of these Paul days, but we quickly rejected the idea.

As we were giving something to Paul, he was also giving something to us. Knowing him as I did, I knew that he would use his personal challenge as an opportunity to teach all of us something, and teach us he did. He’d often told me, as my personal physician, that beyond treating obvious medical problems, he also felt it important to teach his patients how to better deal with life’s issues. And so our Paul Days became our lessons in how to deal with a fatal disease, smile and smile again, and go through life with grace and dignity.

As the years went by and he lost his ability to speak, we all still communicated. By now Paul could only talk with the aid of a talking computer. Of course the music still flowed, but his daily struggle to live became more pronounced. After a period of time, about three years after his initial diagnosis, I kind of expected that the strain on the musicians would become too much and we might start to find other things to do on Thursdays. But quite the opposite happened. As he fought harder to hang on, our quiet and mutual resolve grew stronger. Before we would leave each Thursday morning and head down for our weekly gathering, we often called each and asked if anyone needed a ride. Of course we were really bolstering ourselves up.  Sometimes, one of the stalwarts would simply say they weren’t up to it that day. There we no recriminations. None. We all understood. And no one understood more than Paul himself.  This quiet and unspoken obligation and blessing we all felt was tangible. It was an amazing thing to witness. I struggled with the burden as did everyone else. But what saved me, and kept me returning, was the amazing sparkle I would see in Paul’s eyes each time he was wheel chaired into his family room for an afternoon of music. Sometimes it might only be a nod of his head, or a sly grin at a bad joke, that told us how happy he was to see us.

Toward the end of our “Paul Days”, his participation became more infrequent. Sometimes when we’d have a last minute cancellation of a Paul day, we’d often we’d get together just by ourselves beside a mountain stream and sit quietly and looks at the trees and beauty of the world.

As predicted, Paul did not survive this “terrible disease”, as he called it. We were called to his bedside the afternoon of his passing. After we each had said our private farewells with Paul, we gathered again in the family room, this time without our instruments. It was strangely quiet, and very changed. I remember being surprised that there were no tears, those came later and in private. We said little, just kind of hung out together, and went home quietly. But as Judy and I drove home that final afternoon, we smiled a little, knowing in our hearts that we, collectively, had helped our friend through his terrible journey. And we also knew that we were changed forever.

The music carries us on … the music keeps us going.

3 thoughts on “The Power of Music, by Bob Nelson”