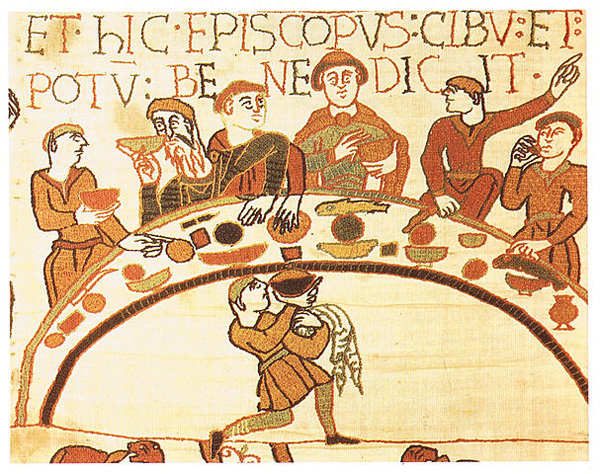 When I grew up in Southern California I had no idea of seasons. Aside from the fact that there was no rain from May through September, and some rain in the other months, we had no weather, only climate. It wasn’t until I moved to Illinois for graduate school, and later lived twenty-eight years in Minnesota and twenty-three years now in Seattle, that I learned to appreciate the seasons. Although my favorite season is summer, the other seasons remind me that life is cyclical. The inexorable turn of the year with its different seasons reminds me that life also changes. Each decade is different as we move from youth to old age.

The dark days of winter give us time to look back at the other seasons of the year, and to look forward to a new beginning as the days will soon begin to lengthen. Claudia Schmidt in her collection of Winter songs, Hark the Dark, jokes that “the long nights and short days give us cosmic permission to underachieve.” As our lives fill with busy work, and there is little time to contemplate and dream, winter gives us time to reflect and re-order our lives. It is also a time to gather together, to revel in song and dance, good food and drink, and fellowship with friends old and new. I once asked a friend of mine who lives above the Arctic Circle in Tromsø, Norway, how he likes the Winter with no sun. He told me that Winter was his favorite season. It was a time of community, to get together with friends for potluck dinners, parties with lots of music, song, dance, and stories, to enjoy those long winter nights. 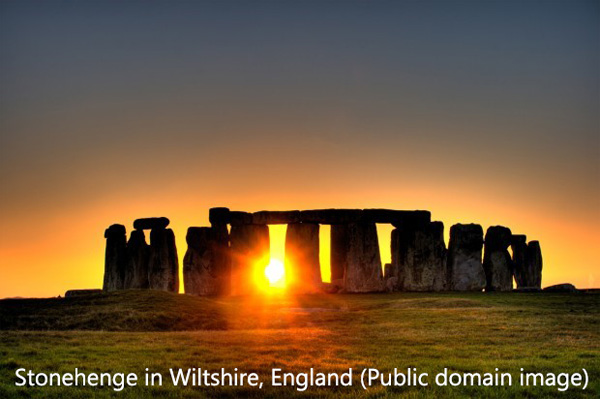 Ancient peoples realized that at a certain time each year the days turned from becoming shorter to becoming longer. This is the Winter Solstice, the day that the sun stands still, celebrated as the return of the sun and the turn of the year. Humans may have celebrated this day as early as the Neolithic period of the Stone Age beginning about ten thousand BC. Neolithic monuments such as Newgrange in Ireland and Maeshowe in Scotland are aligned with sunrise on the Winter Solstice, while Stonehenge in England is aligned with the winter solstice sunset. These structures may have served a religious purpose with rituals to capture the sun on this shortest day.

The worship of the Sun (sol) was indigenous to the Romans. Ancient Romans held celebrations around the time of the Winter Solstice. With food and drink plentiful, the normal Roman social order broke down. Saturnalia, a holiday in honor of Saturn, the god of agriculture, was a week-long celebration in the days leading up to the Winter Solstice. The birthday of Mithra, an ancient Persian god of light, was December 25 – in the Julian calendar, December 25 at one time marked the Winter Solstice. For some Romans, Mithra’s birthday was the most sacred day of the year. In the later Roman Empire, Mithra blended with Sol Invictus, god of the “unconquered sun.”

The ancient Norsemen of Scandinavia celebrated Yule from the Winter Solstice through January. To celebrate the return of the sun, they would gather large logs – Yule Logs – and light one end on fire. People would then feast until the logs burned out after as many as 12 days.

Winter is a season for music. It is also a season to slow down, reflect on the past, and contemplate the year to come. We have little knowledge of the ancient celebrations of the Winter Solstice; most knowledge of that time is lost to antiquity. But we can try to imagine what it might have been like, and put ourselves in a similar frame of mind. Below are some contemporary songs and a poem that evoke the feeling of winter.

David Goulder lives in the Scottish Highlands and is a man of all seasons and occupations, a singer, guitarist, dry stonewall builder, mountain climber, railway fireman, humorist, and composer. His best-known song, January Man, is a musical tour of the months of the year. It begins and ends in January, so it can be thought of as a Winter song. It is a song about the passage of time and its cyclical nature, “a perfect metaphor for our ties to the land, and the continuing reliance that people have on the earth and its changing seasons” (from Will Finn and Rosie Calvert who recorded this song on their album Beneath This Place). The January Man recorded by Mick Ryan and Paul Downes:

The January man, he walks the road in woollen coat and boots of leather.
The February man still wipes the snow from off his hair and blows his hands.
The man of March he sees the Spring and wonders what the year will bring
And hopes for better weather.

Through April rain the man goes down to watch the birds come in to share the summer.
The man of May stands very still watching the children dance away the day.
In June the man inside the man is young and wants to lend a hand
And grins at each newcomer.

And in July the man in cotton shirt, he sits and thinks on being idle.
The August man in thousands takes the road to watch the sea and find the sun.
September man is standing near to saddle up and lead the year
And Autumn is his bridle.

And the man of new October takes the reins and early frost is on his shoulder.
The poor November man sees fire and wind and mist and rain and Winter air.
December man looks through the snow to let eleven brothers know
They’re all a little older.

And the January man comes round again in woollen coat and boots of leather
To take another turn and walk along the icy road he knows so well.
The January man is here for starting each and every year
Along the way for ever.

Claudia Schmidt is a powerful vocalist and adventurous artist who combines lively folk, jazz and blues with rich poetry and playful humor. Her 2017 CD, Hark the Dark, is a thematic journey through dark winter in various genres, moods, and styles. “I have always loved winter, and the older I get, the more I love it. I joke about how the long nights and short days give us cosmic permission to underachieve. But when I look at the way our lives seem to fill up with busy work that eclipses contemplation and dream time, I realize the underlying seriousness of the situation! So here is my love note to the oft-maligned season of winter. Bring it on. Hark the Dark!” –  Claudia Schmidt. Here are two songs from that album.

Solstice Chant, Lyric by Louisa Loveridge-Gallas, music by Claudia Schmidt. Louisa wrote a wonderful holiday tale called The Wizard’s Dream, from which I borrowed the Druidic chant and added a tune.

Gather You In, Claudia Schmidt. A meditation on encroaching darkness (gloaming,  the crespucular twilight). I remember a dream where a wild storm was raging around me, I was engulfed in blackness, yet I was in a calm center, hearing a voice telling me “you will always be safe in this dark place.”

Day winding down, weariness wailing in your bones
Oh what a sound, so far down, deep and how alone you feel
Night enters now, speaking in a voice soft as scars
“I will gather you in…once more”

Dare you to dream, eyes wide open in the light
Sleep, like a scream, pouring all through you as the brightness reels
Laughs, does the night, wraps you in a womb made of sighs
“I will gather you in…”

Susan Mary Cooper is an English poet and author of children’s books. She is best known for The Dark Is Rising, a contemporary fantasy series set in England and Wales, which incorporates British mythology, such as the Arthurian legends, and Welsh folk heroes.

And so the Shortest Day came and the year died
And everywhere down the centuries of the snow-white world
Came people singing, dancing,
To drive the dark away.
They lighted candles in the winter trees;
They hung their homes with evergreen;
They burned beseeching fires all night long
To keep the year alive.
And when the new year’s sunshine blazed awake
They shouted, revelling.
Through all the frosty ages you can hear them
Echoing behind us – listen!
All the long echoes, sing the same delight,
This Shortest Day,
As promise wakens in the sleeping land:
They carol, feast, give thanks,
And dearly love their friends,
And hope for peace.
And now so do we, here, now,
This year and every year.
Welcome Yule!

This year, and every year:
Welcome Yule!