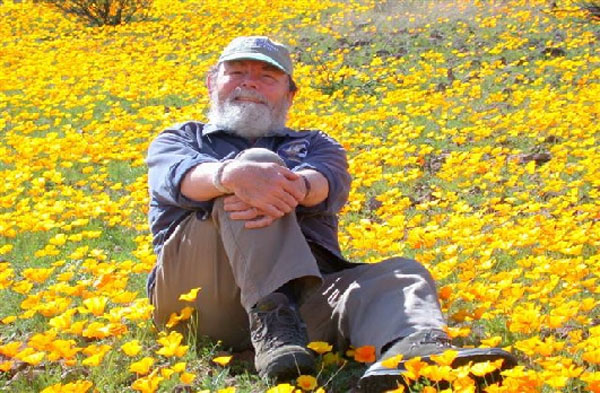 The late Kenneth Goldstein of Philadelphia was one of the great American folklorists. (He was also a generous man who shared his knowledge and vast library of recordings, books, etc., and his home, with people like me. I will be ever grateful to him and his gracious wife Rochelle for their hospitality.) Every couple of years I’d ask Dr. Goldstein his current definition of “folk music”. It was ever-changing. The first time I asked him, he told me that folk music was “anything sung by a small group of people for the entertainment of those people at that time“.

“So,” I asked, “if we’re all standing around the piano singing I Left My Heart In San Francisco, that’s a folk song at that time?” He said he thought it was.

What follows is not The Truth; it’s just my opinion (which is about the only way you can really define “truth”, seems to me — truth is whatever I, and everyone who thinks like me, say it is). Also, in this, and any, discussion, the word “good” means “pleasing to me” (Ditto.) But this is not about whether certain songs are “good” or not; it’s about whether they’re “folk” or not. Just because a song is a folk song doesn’t automatically mean it’s good. I don’t sing folk songs because I think they’re holy or noble; each one of the songs I sing,”folk” or not, is, to me, a wonderful song, for one or more reasons. Otherwise, why bother learning it? Which is my point.

If there’s such a thing as a “folk” song, that implies that it’s a kind of song which is different from other kinds of songs. What makes it different? It can’t be what the song is about — most folk songs are basically about what most other songs are about. And it can’t be because the person singing it is playing a particular kind of instrument. (A guitar, for instance — lots of non-folk music is played on guitars. In fact, most of the music played on guitars is non-folk music.) What is it then?

According to an old legend, blues singer Big Bill Broonzy was once being interviewed on a radio program in Chicago by Studs Terkle. Big Bill sang a song, after which Studs asked, “Is that a folk song?” Broonzy replied, “I ain’t never heard no horses sing it.” By that definition (non horse-music), all music is folk music. Fun, but not very useful.

We’re not tape-recorders, so when we hear a song we like so much that we learn it, often in the process we accidentally, or accidentally-on-purpose, or purposely, change words and bits of the tune. If someone learns the song from us, it’s likely that they’ll also change it some. The more people a song goes through, the more it changes. If the story of the song is sufficiently powerful, maybe we end up with many different ways to tell that story; if not, maybe we end up, eventually, with lots of totally different songs, each with the same ancestor. They are folk songs.

Of course, this happens less today because there are so many recorded sources, and people to say, “That’s not the way it is on the record.” But it still does happen. If you do a web search on the word “mondegreen”, you will find many sites devoted to people’s mis-hearing of popular songs. The word “mondegreen” comes from author Silvia Wright, who, as a child, misunderstood a line from an old Scottish ballad, The Bonnie Earl of Murray:

They hae slain the Earl o’ Murray
And Lady Mondegreen

She wrote about this in a 1954 Harper’s magazine article and coined the term “mondegreen” to denote such misheard words and phrases.

My favorite, which I used to illustrate “the folk process” in lecture concerts for 40 years, is from old friend Hugh Hanley. When I met him, he was teaching school in Kansas City, MO, in 1968. He told me that he had heard one of his students singing that Bob Dylan song which is supposed to go, “The answer, my friends, is blowing in the wind; the answer is blowing in the wind.” But Hugh’s 8-year-old student sang, “The ants are my friends, they’re blowing in the wind; the ants are blowing in the wind.” Another famous “Mondegreen” is Jimi Hendrix’s “Excuse my while I kiss the sky” often heard as, “Excuse me while I kiss this guy“. Or Creedence Clearwater Revival’s “Don’t go out tonight, there’s a bad moon on the rise” being heard as, “Don’t go out tonight, there’s a bathroom on the right“. There are godzillions of ‘em.

But the best way songs change, in my opinion, is accidentally-on-purpose. Someone hears a song, sings it the way they thought they heard it, but subconsciously changes it to fit their personal view of something. My favorite example is from long ago when my friend Tony Saletan heard his little daughter singing in the bathtub. She was singing the James Taylor song, Sweet Baby James, which has a line, “Deep greens and blues are the colors I choose; won’t you let me go down in my dreams“. That’s a bit abstract for a 4-year-old, and her subconscious had changed it into something more meaningful to her. She was splashing happily in the tub, but she sang, “Deep greens and blues are the colors I choose; don’t you let me go down the drain.“

Every folk song starts out being made up by someone. But going through lots of people, it changes. It’s the cumulative effect of all of those changes, large and small, that makes it a folk song. So, by that definition, if you know who wrote it, it’s not a folk song. Sure, you can know who wrote the original version, years ago and miles away, but not who wrote the version you’re singing, or hearing now, because Nobody, or Anon., or lots of people helped to write it. There are people today singing songs they learned from someone who learned ‘em from someone, who learned ‘em from someone, stretching all the way back to the Middle Ages and beyond — even to Greek myths — in an unbroken oral tradition.

In this long process, forgettable parts of a song get forgotten and memorable parts get remembered. So songs can get more concentrated and powerful, as they travel. Someone makes up a song. Someone else hears it and likes it enough to go to all the trouble to learn it. Someone else hears them and also learns it, and so on. It’s a kind of voting — if they all liked a song that much, to go to the trouble to learn it, it must be “good”. You could say that good old song has a whole lot of “votes” for it. Not votes from some committee of self-appointed Authorities, but from the folk.

So it bugs me when I hear people say, “I wrote a folk song.”

“You wish“, I think to myself.

If you know who wrote it, it’s not a folk song.

By the way, the reverse is not necessarily true: if you don’t know who wrote it, it could just mean that you need to do some research.

Most of today’s “singer-songwriters” are writing stuff that’s indistinguishable from pop music. Those who become popular, in the commercial sense, usually do become pop singers. So I think that almost all of what the industry calls “folk music” these days is really just low-budget pop music. If those low-budget pop/”folk” singers could afford it, they’d have elaborate backups and music videos, etc.

So why are all these new songs called folk songs? I think it’s because there isn’t another nice-sounding phrase to describe them. Calling ‘em “folk” songs gives them an undeserved stamp of pre-approval. Please, please, someone come up with a pretty phrase to replace “folk songs” for these singer-songwriters.

A folk song is a song that has evolved through the oral process. Someone may have written a song to start, but that wasn’t really a folk song; it is the cumulative effect of all the changes on the song as it travels from person to person that make it a “folk” song. (Or a “traditional” song, as some say, in attempt to get away from the confusion; but, alas, I have heard people say they just wrote a traditional song.)

I would like to separate the phrases “folk song” and “folk music” here, because I think of the former as a type of song but the latter as a process. I have come to the opinion that folk music is what happens when (usually) money is not involved. Even if I sing an entire concert of old “traditional” (oral process) songs, if I’m being paid to do it, or if people have paid to listen, it’s not folk music. It’s show business. So I don’t call myself a folk singer; I’m an entertainer who sings a few folk songs.

When money isn’t involved, the “audience” is more likely to also be participants. That is, it’s more likely to be a song-swap, even if not everyone sings. I’m also inclined to the notion that the larger the audience, the less “folk” is happening. So I think Ken Goldstein was partly right — if we’re all gathered around the piano singing I Left My Heart In San Francisco, we may not be singing a folk song, but we probably are doing folk music at that moment.

No one remembers the singer. The song remains. – Terry Pratchett
____

Michael Cooney (born 1943, Carmel, California) is an American folk  musician who performed in the 1960s folk revival. He is known for singing Real folk songs, old popular & novelty songs, found songs of wit & wisdom, and performing at, and organizing, many folk festivals. For twenty years Michael was a director of, contributor to, and columnist for the US’s oldest national folk music magazine, Sing Out! He now lives in the small lobster-fishing village of Friendship, on the rocky coast of Maine. This article was reprinted, with permission, from his web site here.